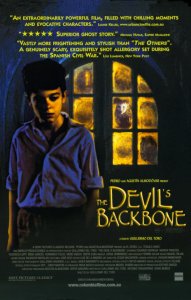 What is a horror movie? Is it all about ghosts and spirits jumping at you in the dark? Is it about loud and eerie noises and music that would make you jump out of your skin? No that’s just special effect. A horror story is about a ghost, a spirit, whose life was filled with pathos, who was tormented by evil and now, has a story to tell.

Guillermo del Toro’s The Devil’s Backbone at the very onset sets the premise of a ghost story when the narrator says, “What is a ghost? A tragedy doomed to repeat itself time and time again? An instant of pain, perhaps. Something dead which still seems to be alive. An emotion, suspended in time. Like a blurred photograph. Like an insect trapped in amber.”

With the backdrop of the Spanish Civil War, this movie is set in a leftist orphanage, in a rural area where the orphans of the left leaders and martyrs have been put up. Young Carlos is brought into the orphanage by his tutor because his leftist republic father is no more and he soon finds out that there is an ominous presence in that place. He is assigned the bed that Santi, who has now disappeared, use to sleep in. The orphanage also has Doctor Casares (Federico Luppi) and Carmen (Marisa Paredes) who run the place along with Jacinto (Eduardo Noriega) the groundskeeper and the lovely young teacher Conchita (Irene Visedo) 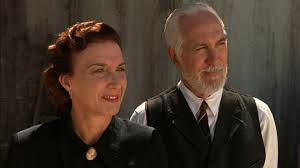 When Carlos arrives he sees a large undischarged bomb sunk in the ground. Though he is reassured that it will never blow off and he will be safe it’s presence is overpowering and reminds everyone at all times that no one is safe. Initially Carlos struggles to make friends and it takes the inmates too a while to adjust with the new boy. They tell him that they have heard eerie murmurs and felt a presence of a spirit. Carlos soon discovers that the mystery of the child who has disappeared is somehow connected to the basement, where the sighs and murmurs come from. 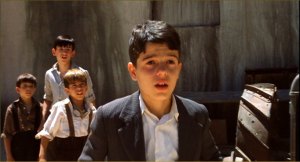 The movie unfolds as Carlos discovers the secret of the haunting. We discover that Carmen has some hidden gold that can save them in the very near future; Jacinto starts a sexual relation with Carmen only to find the hidden treasure. And as Carlos finds out that Santi was murdered and drowned, Santi too warns him that there is much misfortune ahead and many would lose their lives.

Soon we find Jacinto blowing up the safe to get the gold, the boys alluring him to the basement where the ghost resides and the ending  is almost a poetic justice. The Devil’s Backbone is a tale extraordinaire where the horror of the situation is not loud music and spirits that float in the air, the horror is very much real and alive in the garb of Jacinto. The horror is the evil we humans are capable of doing, the horror is the war. Spirits just come to tell us a tale, to perhaps finish some unfinished business. 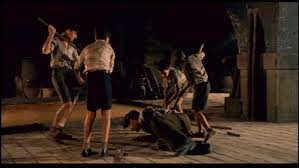 The Devil’s Backbone has a magical realism about it where everyday world has an impact and is changed due to an event that seems imaginary and fantastic to be real. It is a must watch movie where fantasy, ghost, reality all merge in one allegorical symphony.

Here is the trailer for one of my most favourite movies, one I can see a million times and still be awed. Decide for yourself!

4 thoughts on “T for The Devil’s Backbone”