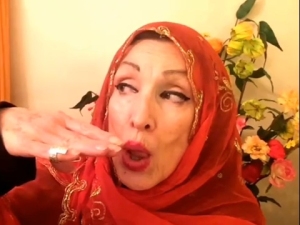 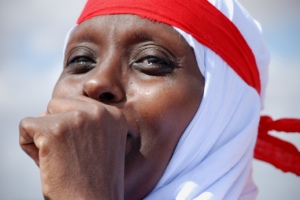 As a Bengali I have heard ‘ulu’ and even tried to join in to emit this high pitched, almost howl, vibrato along with my mother and aunts during auspicious occasions and community rituals. One of the most auspicious occasions and a community event for a Bengali is the Durga Pujo. The fun, frolic and festivities have started already amongst the Bengali Diaspora all across the globe, and we will be ushering Ma Durga into her earthly abode with a long drawn and deep bellow of Shankh (conch) and a million women’s ulu in different sharps and flats.

I have always regarded ulu in its present form as a Bengali customary ritual during festivals and for worshipping the myriad Gods and Goddesses that we believe in. So when I stumbled upon where ululation came from it fascinated me to learn that the word originated in Latin and was practiced in Africa, Asia and some parts of Europe.

The origin of ulu and how it diffused into other cultures is still unknown and there is not much written about the practice of ulu anywhere. Nevertheless ulu is popularly known to have originated in Sumer. The ancient Egyptians ululated as did the ancient Greeks and the Hebrews. Zaghareet, ululation again, is well known in Levantine society and it focuses on the sound as an exotic terrain and is often associated with ferocious war cry, unlike in other cultures where ulu is more of a celebratory sound produced in unison by the women.

Its interesting to note that despite seeming differences in culture, religion, way of life and the conflict thereof that plagues the world today, we have unconsciously adopted and perform similar rituals and partake in festivities and community ceremonies much the same way. And it makes me wonder, are we that different?

Carl Jung’s collective unconscious increasingly sounds true to me and its not just limited to universal symbols like the ‘great man’ or the ‘tree of life’. The unconscious mind has transcended race, colour, religion, miles and miles of distance and has formed a bond where we share and celebrate differences in our sameness. The Gods must be having a laugh then, to see us divide ourselves in orientals and occidentals, black, yellows, coloureds and whites, white collar and blue collar, slaves and masters, pretty and seemingly ugly (thats the worst differentiation), smart and the clever and the list is never ending.

This Pujo I can only hope that Ma Durga grants us the wisdom to bridge the ever widening chasm of vacuous and mindless intolerance and bless us with the ability to honour and rejoice in each others uniqueness. Because there is no escaping that bound by our collective unconsciousness and at the heart of it all, we are kindred spirits.